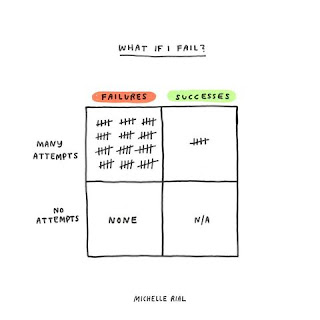 At the end of January many of us find that we’re already not living up the expectations we had for the new year. This time of year it’s crucial that we give ourselves credit for even making the attempt at positive changes.

That's right, it’s important to celebrate your attempts (and very often failure) to make change. As hockey Hall of Famer Wayne Gretsky said, “You miss 100% of the shots you don’t take.” The first step to achieving success in anything is to TRY. You won’t succeed 100% of the time, in fact you’ll fail far more than you succeed, but that is why you need to keep trying.

How can you bring this attitude of trying and failing as a path to success into your own life? And how can you do it in a positive and productive way?

Every time you fail to accomplish anything, you have something to learn. Didn’t stick with your exercise routine? Why not? What stopped you from creating that habit and what can you change in order to cross that same hurdle next time? use what you learn to make your next attempt better.

Just because you didn’t do the thing perfectly doesn’t mean it wasn’t worthless. Focus on the things you DID accomplish instead of the things you didn’t manage to do. You went to bed 15 minutes earlier tonight than you usually do. You wanted to be in bed 30 minutes earlier. It’s STILL A WIN!!! You moved towards your goal. Let these small steps motivate you to continue growing. Don't let an imperfect success derail all your efforts. Small improvements are what lead to big success.

Look at someone you think is a success. Did they reach a certain point in their career or life and just say, “I’ve reached the top, I’m successful and now I’m done,” and then stop working for the life they want? Of course not! Success is not a finish line, it’s an ongoing effort which includes many failures for each visible success. A successful life is one where you continue to try through all the failures that will inevitably come your way.

You are going to fail. Everyone does. A lot. We often only see the positive parts of other people’s lives because that is what they chose to show, but just because you don’t see the work and many failures it took for someone to get where they are doesn’t mean they didn’t struggle.

Don’t be afraid of failing, it’s the key to success. You are capable of so much more than even you know. KEEP TRYING in order to reach your highest potential.

The Academy needs your help to make it through this pandemic 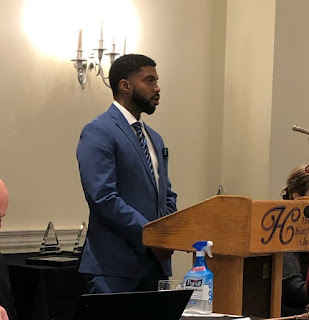 Where to find the Academy